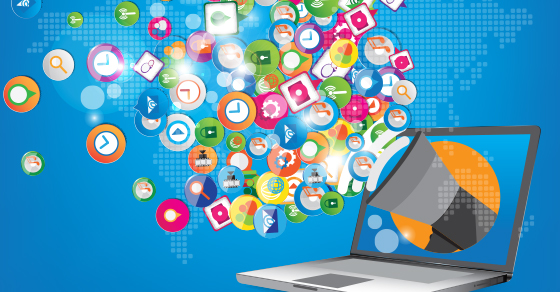 Social media is a good thing. It can even be a great thing for businesses when used correctly but there are many ways to alienate your followers and potential customers. When misused, social media platforms can quickly backfire leading to poor brand image and even potential boycotts! To help you avoid making some serious mistakes with your social media campaigns, we have put together this list of ten things not to do with your social media accounts.

1. Replying to negative comments or reviews with negativity:

One of the most important things to remember with any business is that, at some point, a customer will be unsatisfied and will complain. There is nothing you can really do to prevent this from happening but the one thing you can do is respond well to it. Social media can provide a fantastic way for companies to address consumer complaints in a timely and helpful manner that will impress others and encourage future conversion. Or you can do what the chef of Pigalle’s in Boston did and curse at, berate, and insult a customer who dared to complain about their meal. The choice is yours but it’s pretty clear that the latter option is not very endearing to potential future customers.

To avoid making this mistake, never reply to complaints while you are worked up, hurt, or angry. Wait until you are calm and rational and address the complaint professionally and it will do wonders for your brand.

2. Getting caught for Bad Behavior:

Social media has added an entirely new level of accountability to doing business. Consumers are becoming more saavy as information sharing and finding becomes so easy meaning that bad behavior will get caught and shared with the public. Breaking contracts or treating people badly is sure to get more attention than any positive customer service experiences so keep your customers happy or risk losing more than one as Progressive Car Insurance discovered when they refused to pay out on a legitimate policy.

Chick-a-Fil owner Dan Cathy thought he was making an innocent tweet when he said he supported “traditional family values” on the company twitter account but instead it caused a wave of protests, boycotts, and “kiss days” in support of LGTB rights. Remember, there are two things that do not belong in business 99% of the time: religion and politics. Whatever your personal views, keep them personal or you may alienate customers.

Similar to the previous tip, never tweet on the company account without carefully considering what you are saying and how people may react. Apologies rarely go as viral as mistakes do so take some time to think and censor yourself if need be. A famous Torontonian example of this is Krista Ford (rob Ford’s neice) tweeted in response to a series of sexual assaults and said “Stay alert, walk tall, carry mace, take self-defence classes & don’t dress like a whore. #DontBeAVictim #StreetSmart”. She encountered a serious public backlash including an open letter from an insulted victim and had since apologized.

Customers trust each other more than they do companies so be smart about social media campaigns and consider how they could backfire before launching them. McDonald’s and Starbucks both found this a hard lesson when they created permanent hashtags for their customers to use to share stories about the brand. Both were quickly co-opted by dissatisfied customers and employees who used the page to air their grievances or as political soapboxes rather than to share heart-warming stories about their love for the companies.

When Celeb Boutique sent out a promotional tweet earlier this year they failed to properly research the hashtag they used and accidentally sent the ad to the page discussing the Aurora, Colorado shooting and received serious backlash over the error as customers and followers though they were attempting to profit from a tragedy. Check hashtag pages carefully before using them as offending people is the best way to prevent conversions.

Many companies have scheduled tweets and blogs posts to ensure frequent content updates and this is a good idea most of the time but keep in mind that the average user will not consider this possibility. If a crisis occurs, pause your automatic updates to prevent your customers assuming that you have time to update your blog but not to deal with serious complaints. The National Rifle Association provided a great example of this when their Friday morning tweet “Morning Shooters – Happy Friday! Weekend plans?” went out the day after the shooting in Aurora, Colorado and left many followers unimpressed.

Reddit has become a powerful social media tool in its own right and many celebrities are getting involved by taking part in the Ask Me Anything or I Am A… subreddits. While these can be great ways to connect with your fanbase or community, be sure you know what is expected of your first: Woody Harrelson is just one celebrity who failed to impress by treating the opportunity as nothing more than a movie plug. Follow the rules, written or otherwise, and you will gain many loyal fans and customers. Break them and you run the risk of losing many more.

A little bit of edge is a great way to get attention in an oversaturated market but don’t push too far, some things simply should not be taken lightly. Belvedere Vodka learned this lesson the hard way when their ad company published this ad making light of sexual assault:

Despite apologizing and firing the ad company, Belvedere encountered significant backlash from many groups over the tastelessness of the ad.

10. Underestimating the Intelligence of your Followers:

Your followers are no fools, especially when they work together, so lying and attempting to game the system are sure-fire ways to hurt your business. Consider Walmart’s infamous RV campaign in which they hired a couple to travel around in an RV, staying in Walmart parking lots and interviewing employees about how much they loved to work for Walmart. With such an obvious falsehood, it wasn’t long before Walmart was found out.

With all of these stories of companies failing at social media, it’s easy to get scared off but don’t give up: just remember to stay professional, follow good business practices, and treat both satisfied and unsatisfied customers with respect and courtesy and you will avoid all of these painful mistakes.